Starting the night was「Dear Senpai♡～Members' self introduction song」. To the two members, this marked the final time they would be doing their classic greeting. They then performed「Hiko Jisshu～Learn To Fly～」where Laura and Ayami hugged Meena, this was a heartfelt song with more expressions and feelings than normal.。During Rose and Meena's solo part, Meena sang "a song that everyone in afilia chose", Triangle Wave. She was followed by Rose who sang a song she wrote by herself called Oreshika, she revealed her towel waving techniques and the fans had fun joining in while the whole hall was filled with red lightsticks.Here, the members took the stage again. The talk corner was entitled「Afilia・Saga・East Memorable photos corner」, looking back upon the times of the debut campaign, PV shooting, their Lives brought back fond memories.
Right there they revealed their new song 「Kindan Muteki no Darling」which is new PSP game『Steins'・Gate Hiyoku Koi ri no Darling』's opening theme. The official game PV was also released and the members watched it along with the guests.
From there, to pick up on the memories that flooded everyone, single songs that were full of those emotions were performed.「Meridian no Inori」「Luminous No Izumi」「Knee high・Egoist」along with calls by Maho and Kohime brought the performance through the roof.After「Watashi☆LOVE na☆ Otome！」was sung, one by one the members gave their messages to Rose and Meena. When interviewed by the media, Yukafin who was at the brink of breaking down said「I don't want them to stop being in Afilia」and cried.During「Jutsu shiki wa dareka no tame ni」the hall was painted green, and during encore, they sung their new song「Mirai ga watashi wo matteiru」and the whole hall was freshly painted in yellow.Fans sung「Kikyu ni notte doko made mo」along with the girls. Rose and Meena who knew nothing of this before hand, were taken aback and moved to tears. In the face of the many voices, the members who have been together with them all were moved as well.

As the Live approaches its end, the two members who were going to graduate gave their final words. Meena said「The pendant that was always with me, that saw me through since debut broke today while I was singing.『Ahh, its how it is』I thought。Thank you very much up till now! 」, Rose said「In the same place, sharing the same time together, I felt that we shared a miracle together as well. I love everyone!」.Last was a picture of the 14 members with the fans. The members did as they always did The girls 3rd One Man Live will be held on Naoko no hi, 2012 9th June（Sat）at Gotanda Yuuport hall. Afilia Saga East will be setting off once again as a 12 member group.＜Text／Dandy Saeki＞＜Setlist＞01.Dear センパイ♡～メンバー自己紹介ソング～02.聖ナルwktkノ星03.飛行実習～Learn To Fly～04.Triangle Wave05.オレシカ06.メリディンの祈り07.ルミナスの泉08.ニーハイ・エゴイスト09.La*La*Laラボリューション10.ワタシ☆LOVEな☆オトメ！11.術式は誰かのために12.放課後_ロマンス＜アンコール＞13.倍速恋愛時計14.未来が私を待っている15.気球にのってどこまでも16.My White Ribbon 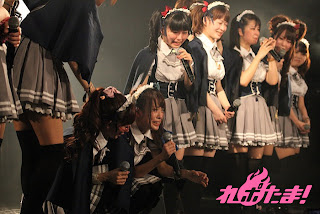 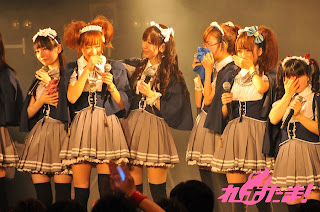 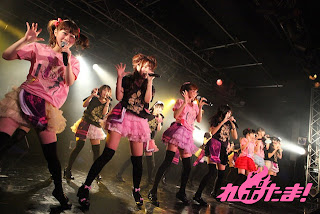 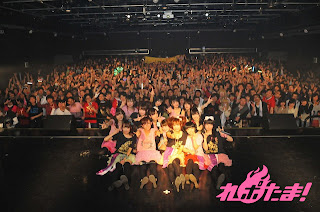