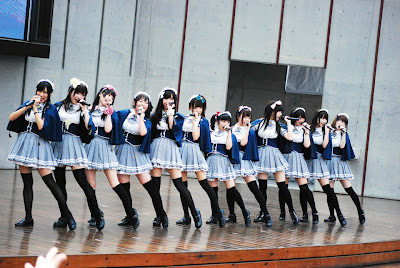 On the last day of Golden week 6th of May（Sun）,outside Utsunomiya's JR Tobu line the line of arcades connecting the stations there is a 「Utsunomiya Orion Square」where the「Anime Fiesta 2012」was ongoing. There was no entrance free and since the opening of the hall it was very messy inside the hall.

Surrounding the whole stage were booths selling the local delicacies and moe-goods etcetera. There is also a booth set up by a vocational school to provide a dubbing corner.

When the hall was opened the sun was up and above but as it reached exactly noon the weather took a turn for the worse and began raining. The idol units live stage which was planned for later in the afternoon would have become dangerous. But as it approached the time for the live stage the rain scattered and the event proceeded as planned. 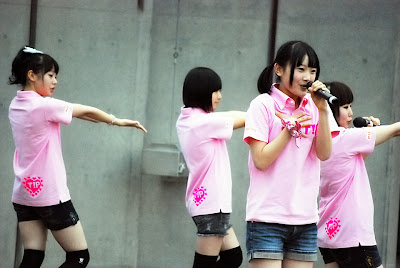 And 1340 marked the start of the idol event.

The hall was filled with guests who were waiting for this event.

The top batter was the idol unit working in Tochigi Prefecture, T!P. !
The girls fans seemed to have been flooding in since afternoon and appeared to be gearing up and lying in wait for these girls' appearance.

Since the start of the stage when all the 9 members of T!P went onto the stage, there were loud cheers and the hall was roaring. There were even those guests who exhibited their wotagei skills. The hall was brimming with excitement.
These girls performed 3 songs.With all their emotions poured into their songs and the cheers they received, it was a testament to how well-received they are. 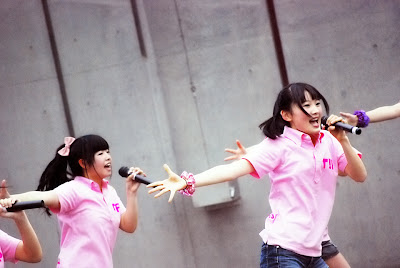 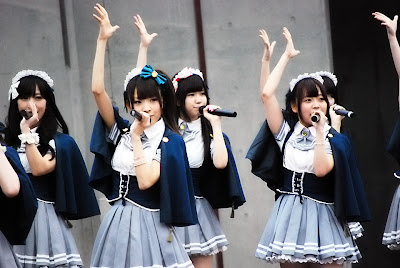 Next to enter the stage was the group Afilia Saga East which started off from Tokyo. 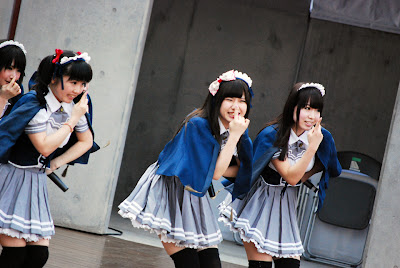 There were a few fans who were pleasantly surprised by their appearance.
And their outstanding performance kept the atmosphere high in the hall.

During the girls' self introduction, the roars and cheers from the crowd was shocking!! 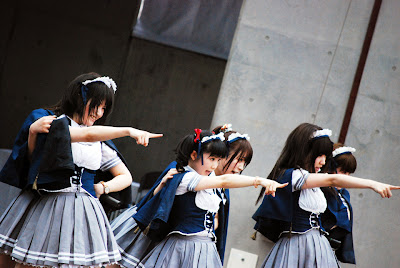 They performed song after song in their medley and revealed their hit songs！Their dance and singing qualities were dazzling
At the event they also revealed their new song which would be released on the 13th of June「Kindan Muteki no Darling」.

Look forward to more events and activities by T!P and Afilia Saga East!
Posted by Unknown at 13:12