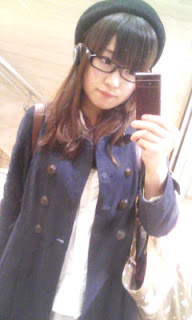 It has been a while!

Recently, I have taken to wearing beret hats(*´∇｀*)

But after washing once... it shrunk.


This time's blog post will be me just talking to myself...
if you would like to, please read on. (´・ω・｀)

It has been a while since I went to look at threads on the Family topic of 2ch!('O')/

I often read threads of interesting scenes and cute girls.
I like Occult and horror stories as well,
though I tend to get scared I will still go read it.(´・ω・｀)


When the night came, I began to read the scary threads.
By the way, when I watch horror movies at home I turn off all the lights!


When reading occult and horror stories,
death of humans is extremely scary.

Some time ago, I thought about life and death.
Even though I read a lot, the thought of my own death scares me,
whether it is going out of the house or doing anything it is very scary.

Stuff like what to do when getting caught in an accident,
I can't help it if I am scared of what I cannot see.

I love philosophical writings as well!

Though I don't always remember the contents of what I have read.
When I begin to fear my own death,
death makes all before it equal,
being scared of a death that is impossible to predict is a very meaningless thing.
That is my answer to myself and I began to not feel that scared.


Usually, one would not think about being alive and about death but
when occassionally the idea of a real death sinks in,
I would spend a lot of time self-reflecting.


It is obvious that I will continue living for tomorrow, for the day after, for the next year.。

It is precisely because of a feeling like this, when I am feeling lazy
I would think that I can spare time to laze around.


I am grateful for being alive and healthy!


By some chance, tomorrow, no-no 10 minutes later,
I could possibly end up dead.

After thinking about something like that, I probably don't have much grasp over
my time as much as I would like. (´・_・｀)

I would apologize to my family for not being
able to fufil my filial piety...!

I might die anyday, that is why I Laura Sucreine
would live each day to its fullest and do my best.


I would think about family and friends, and everyone at Afilia as well.

All in all, if I were to die now I would have many regrets.


Feeling death through occult and horror stories,
gives me the energy to live.

Anyways, sometimes when I feel lazy
I would think about this and then this will make me strive on...!


Everytime I would enjoy the Lives,
I would also think about stuff like whats for lunch tomorrow~
(｀@ω@´)

I have been eating so much together with Afilia!（ﾟﾛﾟ）！


Really! Only sometimes do I think of stuffs that aren't really necessary.


Something I always say,
while living in the moment, do your best and enjoy it!


It is important to self-reflect,
but slipping into negative thoughts,
and not looking forward and not moving on is not be good.

To me, pessimism is something that will break humans.

This life that you will lead only once,
doesn't that make you feel like doing things interesting (*´∇｀*)!

It is about creating an energetic, interesting and fun life that belongs to solely you!

Recently because I was busy, I neglected the little things that were right in front of me,
I feel that I have changed the way I looked at things slightly.

From tomorrow on I will start the engine and work hard like always!('O')/

It has become a blog post where I end up talking to myself.
To those who read till the end, thank you very much!!

Sucre-chan loves Occult and Philosophy
it will be find if you can only remember this much.(｀･ω･´)！

I ate The Nutty Bavarian(ナッティーババリアン)'s
Roasted caramel nuts, something I wanted since always, for the first time! (*´∇｀*)

Today I had some Cashew nuts*゜
Other than that there were almonds and peanuts as well.
But I like Cashew nuts the most!

While eating Musha Musha I bumped into Meena-ten~
I gave her two of it! ('O')/

It is not about leaving it for later, what I can do now I will do!
Tomorrow I will do many happy things again!(*｀･ω･´*)！ 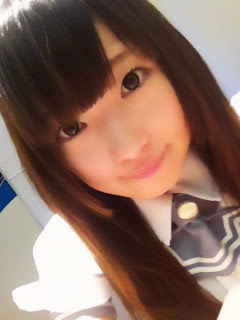 
(P.s. sorry for any mistakes, translating this while I am on some medicine that makes me drowsy... please point out any errors you spot...)
Posted by Unknown at 00:30